Posted by Gaynelle on Mar 11, 2006 in Customer Experience 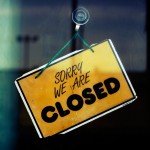 Sure, I came, I saw, and I dismissed Google Video back when it first burst on the scene at CES in January. But give anything a couple of months, and opinions can change. It’s not that the “store” aspect of Google Video is stocked and ready to go. That part of the experience is still pretty weak.

But as a destination for watching videos, I discovered I was actually spending a fair amount of time on Google Video. That surprised me. Here I had my defenses up, figuring I’d never be a fan–and suddenly I found something to really like about it.

When YouTube pulled down SNL’s “Lazy Sunday,” there it was on Google. Same was true for the first 5 episodes of “The IT Crowd.” Cool. And when links to the CBS story on Jason McElwain, the autistic high school basketball player suddenly dried up, I was able to find it on Google Video. There was no denying it; Google Video was becoming my go-to source for videos that I couldn’t find, or couldn’t get, elsewhere. Thought it was time to say a few nice words.

Then, ironically, just as I was getting ready to write a “here’s what’s working about Video”, what I liked about it up and broke. At some point in the past few weeks the copyright police must have caught up with Google. Lazy Sunday–gone. IT Crowd–not a trace. (The basketball story is still up there, at least for now.) And in place of the links to the videos that once worked is a page that simply says: “We’re sorry, but this video may not be available. Try refreshing the page to see this video.” Nope, that doesn’t work.

It’s not that I’m pointing the finger at Google here; they’re undoubtedly responding to the same legal letters circulating at other sites. (Although it’s a little curious that there’s not a bit more explanation as to why these things have just vanished.)