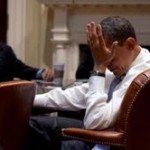 Politics aside, sounds like the Obama administration dropped the ball repeatedly when it came to positioning health care reform with the right messages. First, how could your lead attorney go before the Supreme Court seemingly unprepared to clearly and decisively answer questions about the “individual mandate” you knew the Justices were going to ask? Daniel Foster tweeted “Wow. Did the solicitor general know the orals were today?” Amazing.

Secondly, as Mara Liasson pointed out yesterday on NPR, the individual mandate was originally a Heritage Foundation (conservative) idea. Why, she asked pointedly, couldn’t the administration have consistently positioned it that way, and even branded it understandably as the “Individual responsibility mandate” or, even the “No free-rider mandate”? We remember a similar discussion earlier about how Obama failed to position the mysterious “Public option” as “Medicare for everyone,” which is not only more understandable but a lot more emotionally resonant.

Obama is a smart guy, and he doubtless has a lot of very smart people around him – so these communication snafus baffle us.